There is a invisible binding thread among most BITSian’s - optimistic, easy going, but somewhat pragmatic. The sky is the limit, but most of them realize flying in hot air pockets is easy - it’s the takeoff that hurts.

I am no longer in BITS Pilani. I have never lived in places where my parents grew up. I am a thousand miles from the evening sea breeze where I grew up. Yet, the aroma of each of these places is fragrance to my heart. I carry them within me. And spread them as I meet other thawing hearts.

There is utility of history beyond nostalgia. It is the greatest teacher if you are willing to listen. Just listen.

I learned to love the Past in BITS Pilani.

The strong undercurrent of impostor syndrome sweeps too many into the arms of Erebus. Erebus is darkness incarnate.

A teacher used to tell that always hire the second ranker from any college. Why? Because he has the most fire in his belly.

I entered BITS Pilani hoping to find an identity for myself. Penance for my “poor” JEE performance. In some ways, BITS Pilani is what happens all seconds of world’s most rigorous examination system are locked in a desert jail.

There is someone who can do each of the above better than you: a national level tabla player, the internationally acclaimed actor, the accidental GSoCer, the genius hacker, the CXO of a $0.5M company - and that cute girl in my DSA class had a boyfriend studying CS at IIT Delhi or UC Berkeley.

The odds are there is someone who is doing each of the above better than you.

The odds are there is someone who is doing all of the above better than you.

It’s a sport. It’s a race. You feel like ambition is a virtue. Isn’t it?

I left knowing that my search for identity is not only on the outside. It’s not out there, some of it is inside.

Ambition is not a virtue. It might even be sin.

I learned to question virtues themselves in BITS Pilani.

The Japanese have a strange art called Kintsugi. As per the art, you repair broken vessels with something precious, such as gold. The practice is related to the Japanese philosophy which calls for seeing beauty in the flawed or imperfect. 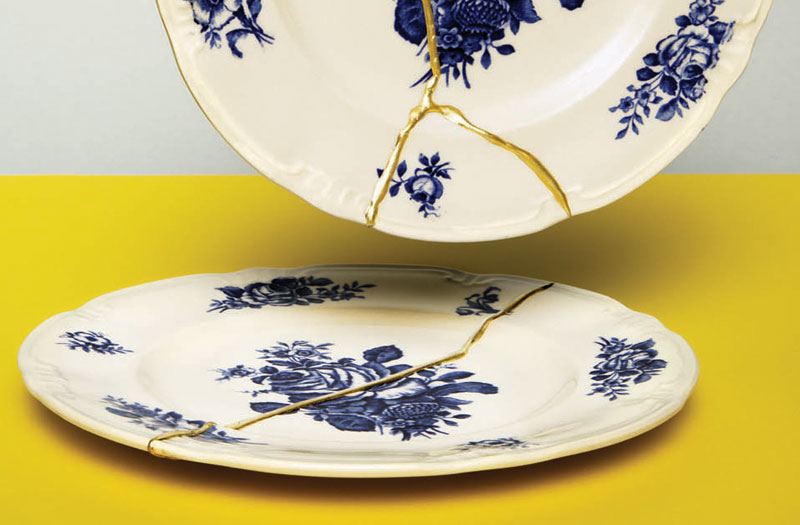 If students are vessels to be filled with wisdom and knowledge, Pilani shatters them before it repairs them. Some don’t break, yet they are chipped away. The weather, the culture, the competition.

Sometimes when I talk to my old friends from Pilani, I can see the cracks. I can see the glimmer where the hallowed walls broke them, as if a rite of passage or sacrifice. They fall silent, their voice quakes and sometimes they just nod.

Then, there is a faint smile. That glimmer?

Originally appeared as an answer to How is your experience at BITS Pilani? What did you get? What did you expect? on Quora in 2017

If you want to hear more from me, get my words in your email or WhatsApp